The right mix of skill and ignorance helped Clive Goodinson turn Pixton Comics into the award-winning company it is now.

Pixton provides a platform for people to create their own custom comics.

Teachers use it as an educational tool for students to explain concepts and summarize reading assignments, businesses use it in marketing and training materials and it has generated a whole online community of comic makers and enthusiasts.

Goodinson, who formed the company with his wife, Daina, previously worked as a freelance web developer and always had an affinity for Tintin.

But Pixton wasn’t profitable on Day 1.

“That period between your initial excitement and becoming profitable is possibly the most difficult period for any new company,” said Goodinson, who started Pixton in 2008.

For Goodinson, ignorance about what lay ahead bundled with enthusiasm for the idea helped lead him to success. 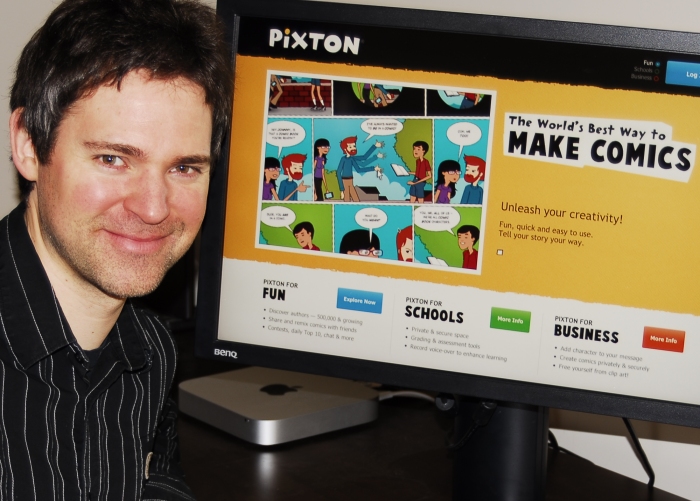 He splits entrepreneurs in two types: those whose main drive is making more money than presently, and those who are primarily driven by their idea.

Goodinson puts himself in the second category. That passion for the idea kept him pushing the company forward even though it wasn’t profitable off the bat.

“In hindsight, there was so much that we didn’t know,” he said. “But we didn’t think about it that much because we were both just driven by the idea, and passionate about the idea.”

But once that train leaves the station, it’s all or nothing.

“You can’t even contemplate failure when you lay it all on the line,” said Goodinson. “Persistence is one of the ingredients of success for any business starting out.”

One of the challenges he faced was introducing a product that didn’t fit into an existing market.

“There wasn’t a fairly recognizable problem we were solving,” he said. “We had the double challenge of not only convincing people to buy our product but to first educate them on what exactly Pixton can do for them.”

He advises would-be entrepreneurs to capitalize on a specific skillset that sets them apart from others.

Starting a business in a field you don’t know a lot about is usually a poor idea.

“You don’t know enough to know if your idea is really good,” he said. “Whereas if you’re an expert in some domain, your insight into it and your ideas about it are going to be much more genuinely strong.” 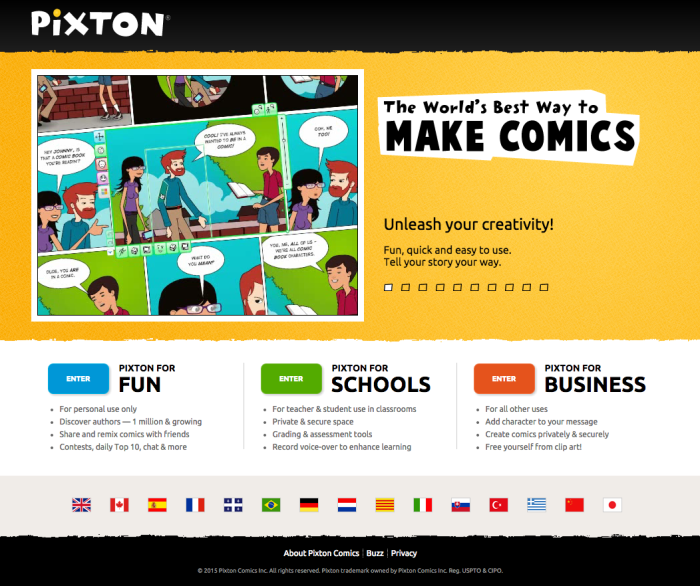 Goodinson and Daina have one small child with another on the way.

“The time that it took and the risk involved seem incompatible with a new family,” said Goodinson.

Pixton Comics is based out of Parksville, BC.

Make a comic about your own entrepreneurial goals at www.pixton.com.